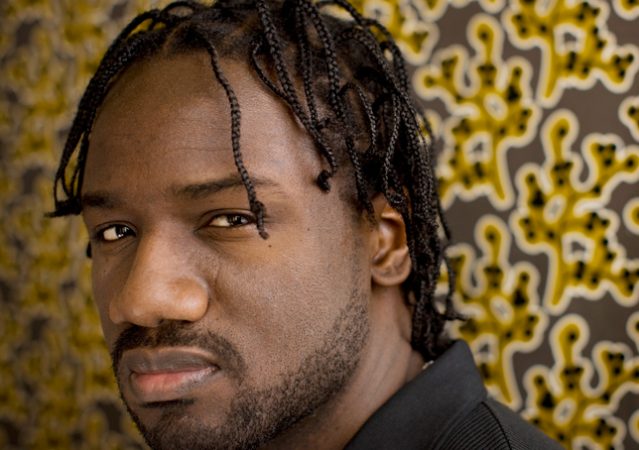 CHILDHOOD Myron Walden was born in Miami, Florida on October 18, 1972, moving with his mother to the Bronx at age 12. Shortly after his move, as Myron’s uncle was listening to a recording of Charlie Parker, young Myron was profoundly moved by the music. Hearing the uncle exclaim “Tell it Bird!” immediately knew that music was his calling and music would be his voice. Myron taught himself to play the saxophone. Myron graduated from LaGuardia High School of Music and the Arts in New York City, and the Manhattan School of Music. In 1993 he won the prestigious Lincoln Center Charlie Parker Competition. EARLY ADULTHOOD During the 1990s, Myron established his credentials as a performer in New York’s jazz scene, and was a fixture at the legendary Small’s, a fertile ground for the nurturing of new talent. As Myron’s stature as a performer grew, he had the chance to share the stage with many greats, but also began to develop his skills as a composer. Walden began his body of work as a leaders with ‘Hypnosis’ (1996) and ‘Like a Flower Seeking the Sun’ (1999) both on NYC, and ‘Higher Ground’ (2002) and ‘This Way’ (2005) both on Fresh Sound New Talent. Myron composed and arranged original music for all four recordings, which were all met with critical acclaim. All About Jazz and the Jazz Journalist Association named ‘This Way’ one of the Top Ten records of 2005. CURRENT WORK AS A SIDEMAN In addition to developing his voice and profile as a leader, Myron has had the good fortune to belong to two bands of particular meaning to him and significance to American music. In 1997, Myron joined the Brian Blade Fellowship Band at its inception, and he continues to record and perform with the group today. Myron’s soulful, passionate solos on the alto saxophone and bass clarinet are frequently cited as moving and exciting parts of this ensemble’s performances. A representative example of critical response to Myron’s role in the band comes from Jim Macnie “The last time I saw Myron Walden, a huge audience at the Newport Jazz Festival was giving him lots of house—applauding, whistling, whooping…At the front of the stage…Walden leapt to the pulpit, and preached to the crowd with chorus of glorious gospel shouts [and the audience] was on his wavelength.” In 2003, Myron joined the late Ray Barretto’s band. With that band, Myron not only recorded and performed, but also composed and arranged. Barretto’s final GRAMMY nominated album, ‘Time Was—Time Is,’ released in 2005 featured two of Myron’s compositions, including the title track. Myron arranged one of the tracks on the album that particularly moved both fans and critics, ‘Motherless Child’. CURRENT WORK AS A LEADER Myron is also pursuing his musical journey as a leader with multiple projects, composing and playing the tenor saxophone. The tenor allowed him to add a new voice to his rapidly developing compositions and to diversify his sound. In Walden’s world, jazz is a journey that covers a vast landscape of possibilities. Proving his point, Walden released no less than five albums on his own Demi Sound label between 2009 and 2010, an outpouring of recordings that are all parts of an exciting, expansive musical vision. There’s Myron Walden Momentum, Walden’s foray into soulful hard-­‐bop inspired by Miles Davis’ legendary mid-­‐1960s quintet. Walden’s fiery quintet (his tenor is accompanied on the front line by trumpet) released a self titled studio CD ‘Momentum’ and a companion live album, ‘Momentum Live’ in 2009 and this Fall toured Europe. Representative of the critical acclaim for Momentum is “For the last 10 years Walden’s brought a unique brand of ardor to the bandstand, at it’s become a signature…Momentum…is marked by sizzling sincerity—the kind of emotion that puts listeners on the edge of their seats.” Then there’s the more introspective and more acoustic Myron Walden In This World. With this band Myron plays tenor and soprano saxophones and bass clarinet. In This World’s first two albums, ‘To Feel’ and ‘What We Share’ (released in early 2010) are a double-­‐valentine to his wife Amy. This work was described by Nat Hentoff as “some of the most deeply affecting jazz ballads I’ve ever heard”. And finally there’s Myron Walden Countryfied, the Southern roots, rock, blues and soul project, with Walden on tenor and featuring electric guitar B3 organ and drums. The group’s inaugural, self titled album ‘Countryfied’ was released in mid-­‐2010 and marks Walden’s first non-­‐jazz release. USA Today wrote “[Walden] adopts a King Curtis guise, dripping with down home soul” and Downbeat called Countryfied “…dripping with down home country blues, gospel and soul, clearly under the influence of Ray Charles, Otis Redding and James Brown.” Walden’s career tally so far is: 11 albums recorded as a leader, sideman credit on more than 30 recordings, and countless performances that have brought down the house and elicited warm critical response. CRITICAL COMMENTARY ON WORK AS A MUSICIAN Nat Hentoff, writing for the Wall Street Journal, said “Myron Walden…is simultaneously the most insistently personal and instantly accessible musician of his generation.” Jazz Times spoke to Walden’s signature style, noting that Walden “plays with a Phoenix-­‐like virtuosity and an attention to rhythmic detail rarely heard among saxophone players.” The Wall Street Journal also commented on Walden’s distinctive brand of commitment “Mr. Walden is one of our more primal and emotional players—on any instrument. He brings the raw intensity of a Mississippi bluesman to modern jazz.” With as broad and exciting a musical vision as Walden has already realized, and judging by the creative momentum he has recently established, the future appears to hold no bounds. Walden sees things first and foremost on a spiritual level. “My passion is too expansive to be limited to one style,” he says. “I like to express myself and my emotions beyond the conventions of any one genre, and when I play a solo, I want it to be so relatable, you’ll want to sing it back to me.”