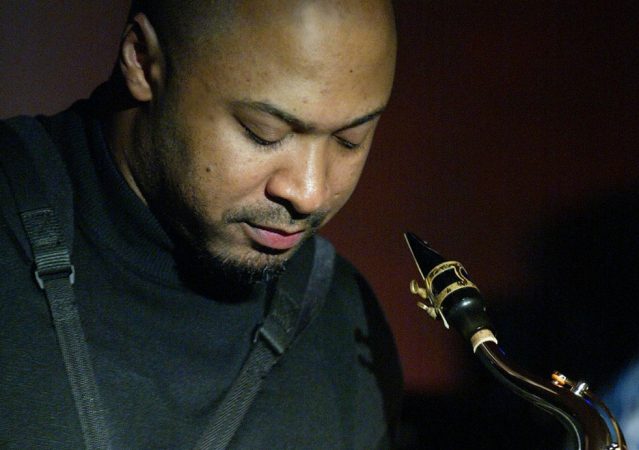 Virgin Islands native Ron Blake lives in New York City. He has released four CDs as a leader; in addition, his discography numbers over 50 recordings as a guest and sideman. He is a member of NBC’s Saturday Night Live Band(2005) and is on faculty at the Juilliard School(2007). Blake took up the saxophone at age 10 in St. Thomas public schools. He attended the National Music Camp (79-81) and graduated from Interlochen Arts Academy (80-82), later matriculating into Northwestern University (1986). After graduation from Northwestern, Blake worked extensively in the Chicago area before being appointed to the faculty of USF in Tampa in 1990. In 1992, Blake re-located to New York joining Roy Hargrove’s Quintet. In addition to his contemporaries, he’s worked with many masters including Art Farmer and Roy Haynes. Blake’s debut recording Up Front and Personal with special guest Johnny Griffin was released came in 2000. He recently completed a Masters degree at NYU in 2010. His current releases on Mack Avenue include Lest We Forget, SONIC TONIC, and Shayari, and he recently won a Grammy as a member of Christian McBride’s Big Band in 2012. In addition he’s been nominated for Grammy Awards on several recordings over the past ten years. Blake co-founded the 21st Century Band and the Tahmun record label with Dion Parson in 1998. Since then he’s continued to work as a performer and educator through his affiliation with the 21st Century Band and his appointment at the Juilliard School. His working relationship with bassist Christian McBride spans over 10 years, as a member of the Christian McBride Band and other projects.