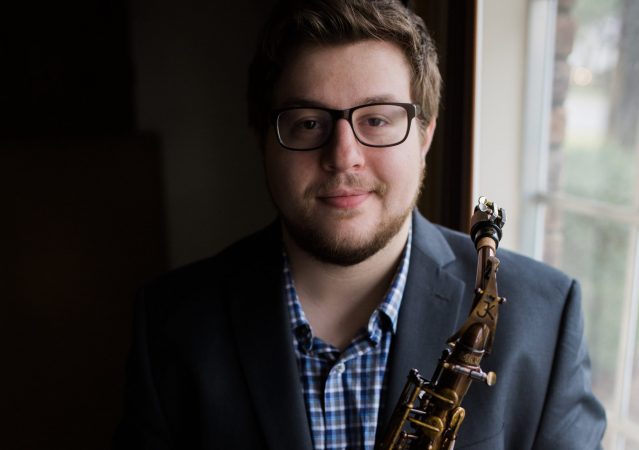 Chris Milyo is a saxophonist, bandleader and educator active in the Dallas/ Forth Worth metroplex. His style blends traditional roots and the big sound of the Texas tenor along with contemporary elements creating an energetic and eclectic experience for jazz fans and casual listeners alike. Milyo grew up in suburb of Southlake, Texas where he graduated from Southlake Carroll High School. Milyo then went to study music at the University of Texas at Arlington where he studied with Tim Ishii, Chris McGuire, Adonis Rose and Stefan Karlsson. He leads his own big band as well as smaller ensembles. His small group holds a weekly residency at Scat Jazz Lounge in Fort Worth, Tx. The Chris Milyo Big Band is made of some of the world’s absolute finest musicians. This group always packs the house and has developed quite the following in the DFW area. Chris Milyo has had the opportunity to play along side musical greats such as Curtis Fuller, Randy Brecker, Ellis Marsalis, Ron Westray, Delfaeyo Marsalis, Cyrus Chestnut, Brad Leali, Adonis Rose, John Brown, Fred Sanders, Red Young, and many more. He has also had the opportunity to travel internationally with the Fort Worth Jazz Orchestra tour.