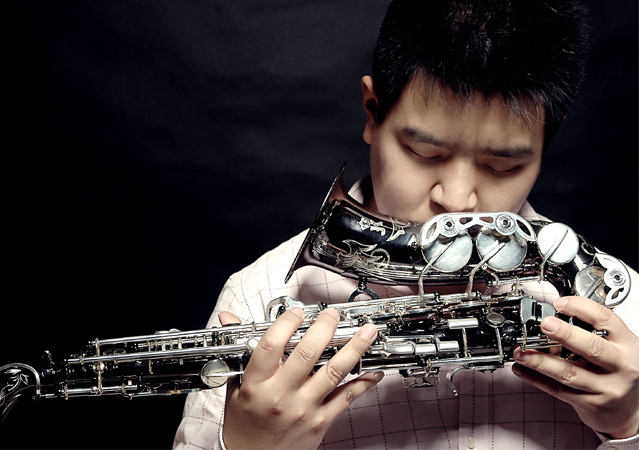 Qin Yudong is a Saxophone Professional of Pop Instrument Department of Sichuan Conservatory of Music, a member of Sichuan Saxophone Association, a member of Sichuan Musicians Association, and has been engaged in teaching and research of Saxophone after graduation. He graduated from the Pop Instrument Department of Sichuan College of Pop Music, and for his outstanding results in June 2008 he was hired by the school as a teacher. In July 2008, he went to Japan National Music University to study jazz Sax. In recent years, he has participated in a series of major music activities, such as the first China Internet Music Festival, the first Sichuan Culture and Art Festival, the first China Pop Music Forum of the “College Cup” and so on. He has come up with and created the concept of “Pop Cave Music”. In 2010, he released his individual single,”Prayer”, and issued the mobile phone color bell. In recent years, he cooperated with the Yirent, Time Feiyang, Yousheng and other record companies, participating in many well-known singers’ albums for the Saxophone voice, praised by all walks of life.