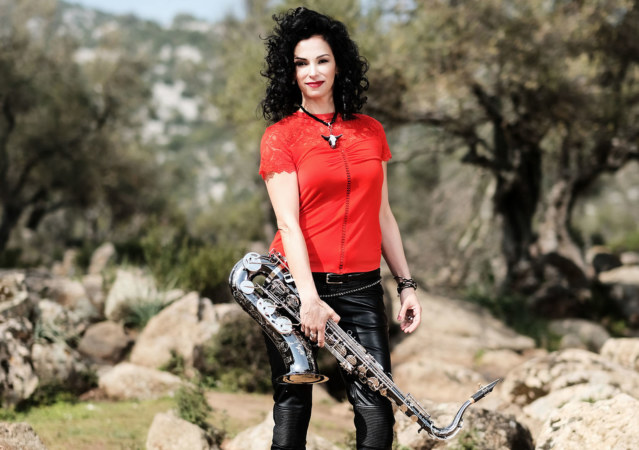 Saxophonist Angela Puxi, who grew up in the Ruhr area in Germany, originates from a family of Sardinian immigrants. This working-class kid has discovered her passion for music at early age, though she had to fight hard against prejudice, and for getting access to the major orders of an academic training. Driven by her longing for creativity and perfection, after secondary school, she studied jazz saxophone at the Hogeschool voor de kunsten in Arnhem (NL).

Thereby her musical path turned out not to be the one of a typical allround instrumental virtuoso. Writing, producing, and finally playing her own music live, that’s what she puts her focus on. In this way she managed to build a frame in which to express herself without disguise, with all of her personality. And so, in summer of 2012 her ep “Senza Parole” came out; a rock-hymnic oeuvre that gained quite some attention in professional circles. The song „Breathless“ immediately landed on jazzradio.net’s playlist. Several German tv channels broadcasted a striking special, followed up by press interviews.

“Though it may be good training for many musicians, myself, I’ve never tried to copy anybody. I took the job of developping a personal tone and style seriously from the start, and to sing with my horn.”, says Angela Puxi. In early 2013 Volker Dorsch as keyboarder and co-producer was found to be the congenial partner for writing new songs, and soon the first sketches for her debut album “Badapapapaa” came up.

With Ulf Stricker on drums and Goran Vujic on bass, a tremendously tight and reliable rhythm section stepped in. Now they’d hit the recording studio, and what came out is a really refreshing and varied album, „out of the box“ in the true sense. 70’s funk sounds meet modern beats and club-flavours, always spiced up with some interesting details that dwell reliably beyond common fusion-clichees. „Badapapapaa“ will be released on 27.3.2015 on 4MPO (Distributor: Nova MD/DigDis).

Alongside her Angela Puxi Band, whom she recorded the mentioned album with, she shows another facet with her nordic-jazz / world-jazz group Angela Puxi meets Climatic, that struck the audience at the Düren Jazz Festival 2014 with Indian master percussionist Ramesh Shotham and Volker Dorsch on piano. More dates coming up…
So far, engagements brought her to China, USA, Israel, Belgium, Austria, Switzerland, and Spain.

Besides, Angela Puxi lectures at saxophone workshops, e.g. the Germany-wide panel “saxophonforum”, and composes music for films and websites. 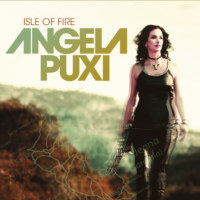 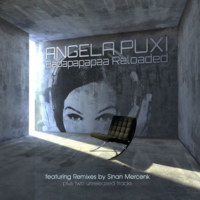 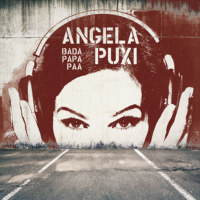